Written by Pierre Lacombe
Updated over a week ago

The Sequence block looks like the Choice block as both of them give different paths to the players.

The main change is that the Sequence block will redirect the flow in the successive order of its path, as we can see in the following screenshot. One can also see that a branch from Sequence may not be connected to the rest of the flow (except for the last branch) : it is not a problem because the flow will be redirected to the next out of the Sequence block. 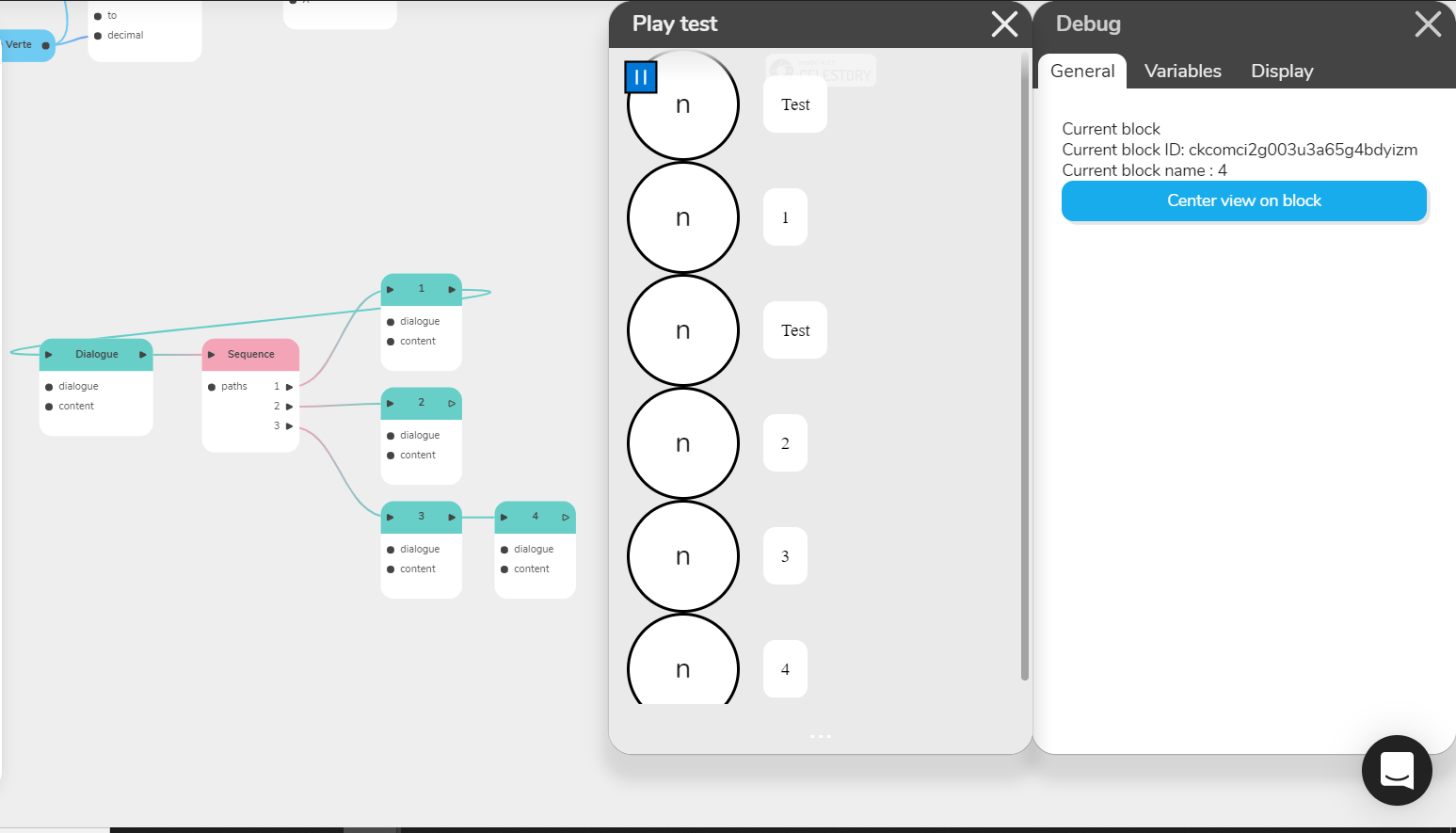 The Once block associated with the beginning of a branch allows it to play this branch only once despite several loops in the Sequence block. In this screenshot, one can see that paths 1 and 2 have been evicted from the loop of Sequence after their first passage. 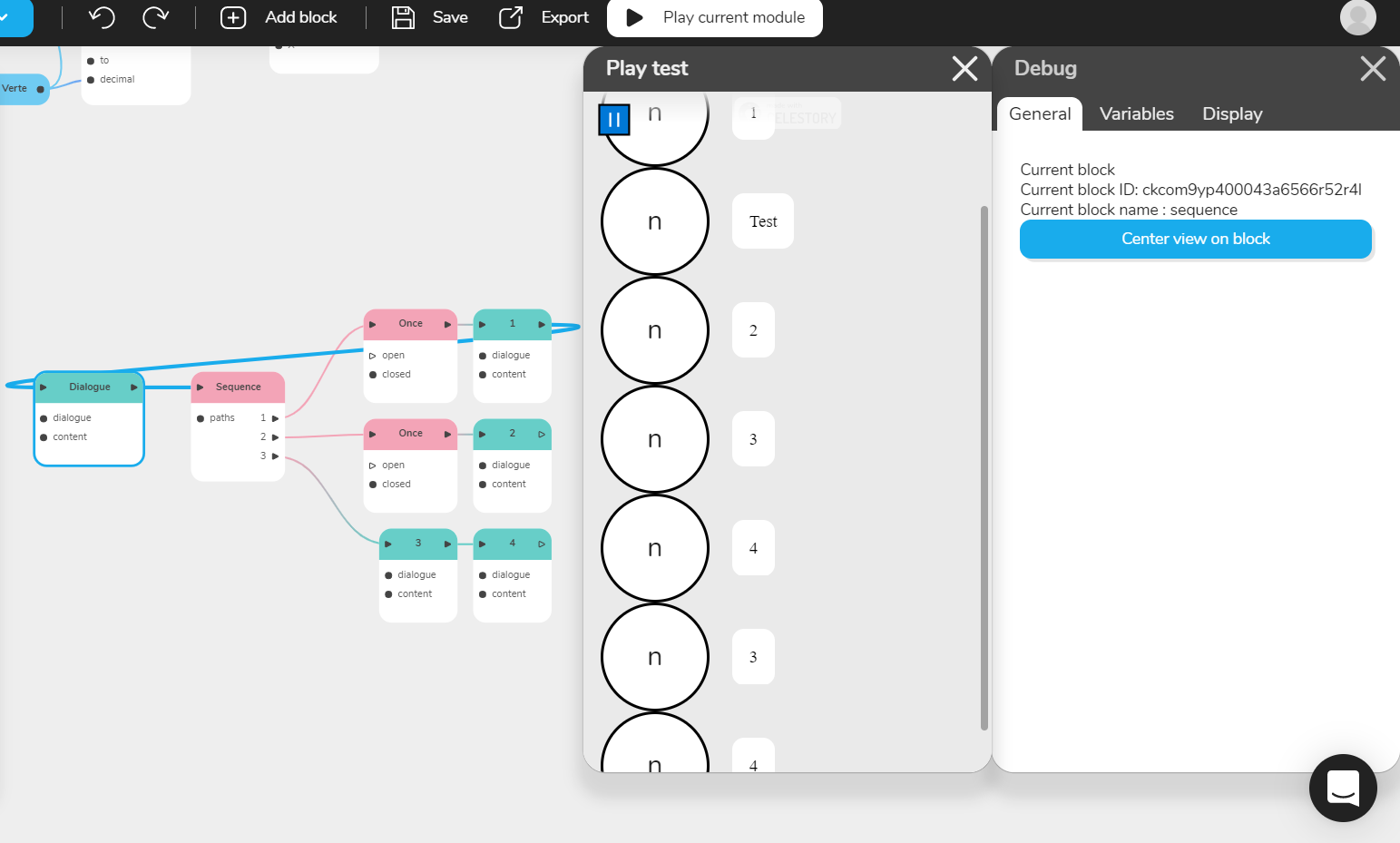