Escape the room in the allotted time by solving codes.

This is a clue-finding test for solve puzzles in the form of input codes to help you get out of a room in the time allotted.

The solution to getting out of the room is:

2) Enter the code into the lock of the safe to retrieve the Captain's Key.

3) Opening the door with the Captain's Key 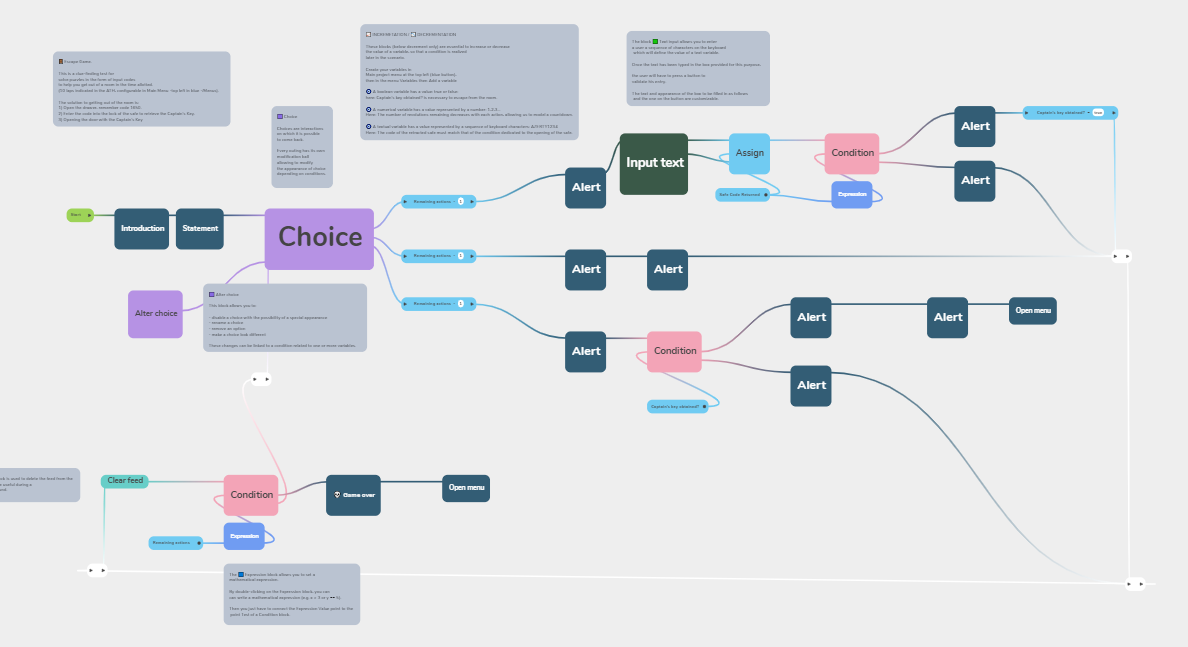 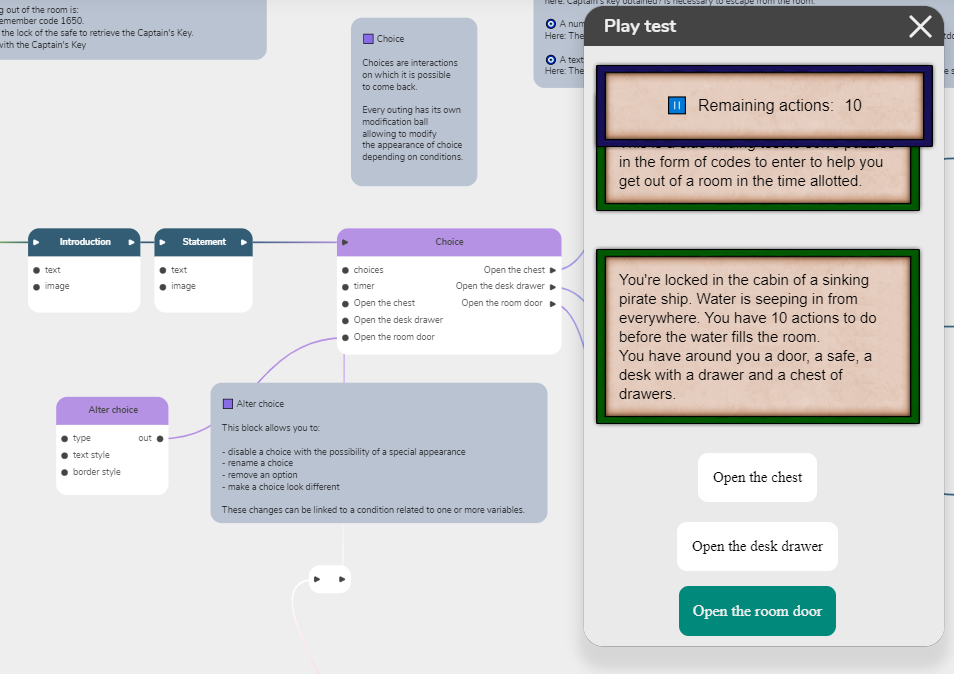 Choices are interactions on which it is possibleto come back.

Every outing has its own modification ball allowing to modify the appearance of choice depending on conditions.

This block allows you to:

- disable a choice with the possibility of a special appearance

These changes can be linked to a condition related to one or more variables.

These blocks (below decrement only) are essential to increase or decrease the value of a variable, so that a condition is realized later in the scenario.

Create your variables in Main project menu at the top left (blue button), then in the menu Variables then Add a variable

🧿 A boolean variable has a value: true or false:

here: Captain's key obtained? is necessary to escape from the room.

Here: The number of revolutions remaining decreases with each action, allowing us to model a countdown.

🧿 A textual variable has a value represented by a sequence of keyboard characters: AZERTY1234

Here: The code of the retracted safe must match that of the condition dedicated to the opening of the safe.

The block 🟩 Text input allows you to enter a user a sequence of characters on the keyboard which will define the value of a text variable. 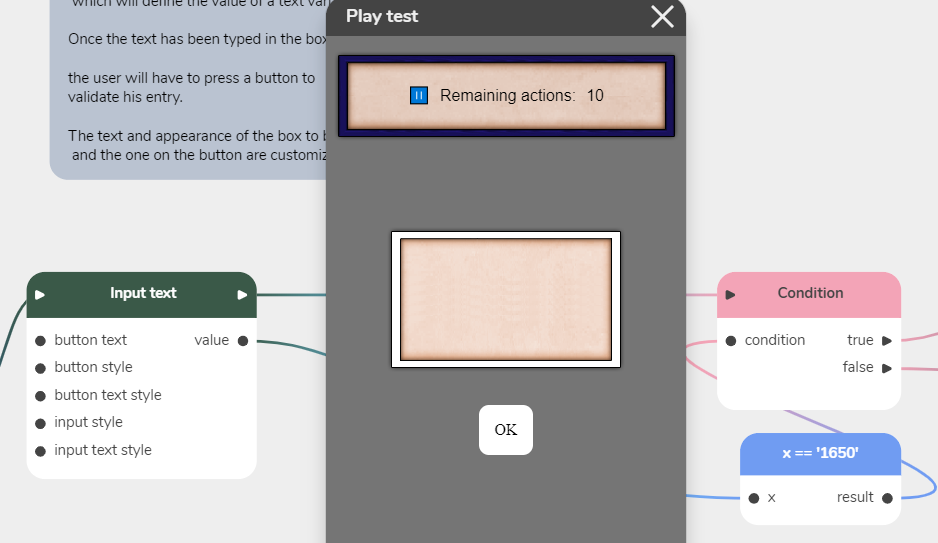 Once the text has been typed in the box provided for this purpose, the user will have to press a button to validate his entry.

and the one on the button are customizable.